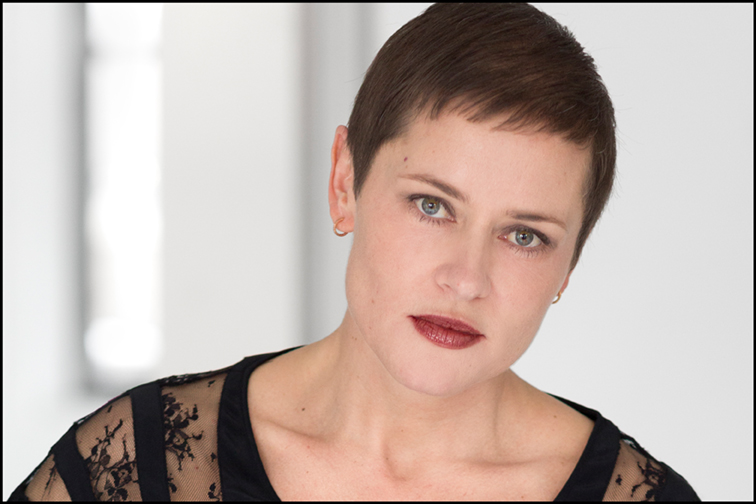 Cynthia Farrell is the perfect narrator for this action-packed audiobook featuring homicide, government conspiracy, and maybe UFOs. She delivers both male and female voices with aplomb and adds the appropriate urgency when protagonists Nora Kelly and FBI Special Agent Corrie Swanson land in trouble, which occurs fairly frequently. The plot may stretch credulity for some listeners. Lucas Tappan, a really, really rich guy, hires Nora, an archaeologist, and her brother to excavate a site in Roswell, New Mexico, where a UFO supposedly crashed in 1947. The dig uncovers two corpses. Adventure, peril, and romance follow. Farrell keeps the plot as real as possible, and thoroughly engaging. Strap yourself in and enjoy the ride.

Cynthia Farrell’s crisp voice suits this history of Yellowstone National Park. Whether carefully pronouncing the Sioux and other Native American languages or telling the many engaging stories of the early 1870s, she narrates with intelligence, a careful cadence, and an actor’s dramatic style. The history is told through three central figures: the financier Jay Cooke, who endeavored to bring the railroad within 50 miles of the proposed park; geologist Ferdinand Hayes, whose 1871 expedition led directly to the 1872 legislation that created the park; and the courageous Sitting Bull, who led his Lakota people in resisting the incursions on their historic lands. The early 1870s, with Reconstruction taking place in the South and Manifest Destiny overtaking the West, provide historian Nelson a vivid backdrop for this audiobook. A.D.M.

As a singer, Cynthia has also spent a part of her career working in her hometown of Los Angeles working with music legends such as Stevie Nicks and producer and now president of Blue Note Records’ Don Was. Cynthia grew up listening to her father work with Chaka Khan, Stevie Wonder, and others in a time of funk and and learned how to record early on in his recording studio.  Her father, Bob Farrell, just retired from his position as conductor and keyboard player for The Temptations. While she never met him, Cynthia’s grandfather was Roger Leonard, Hollywood director/producer of the great pieces of film Rin Tin Tin, Naked City and Route 66. Cynthia is working on a new album coming out in 2020 of original songs. Please visit this site for updates as to shows and releases.

Farrell’s performance is richly textured and brimming with enthusiasm. Her voice has a resonant quality that gives it depth; her narration of Allende’s novel is nothing short of inspired.

Narrator Cynthia Farrell’s mellifluous and confident rendering of Cuban speech patterns alternating with perfectly colloquial American ones gives the listener a delicious sense of having been transplanted to Havana, a treat you couldn’t get from the page alone.

Talking with Cynthia Farrell
Mexican-American narrator and singer Cynthia Farrell says, “Artists are special people. Audiobooks give us an arena to move other people. I hope that my listeners are taken on an emotional and intellectual ride that is like no other–a ride of the mind and heart without the visuals.”

Farrell began narrating seven years ago when an agent asked her to narrate M.A. Lawson’s thriller ROSARITO BEACH. “They needed someone who spoke both English and Spanish,” she says. At the time, Farrell loved to read but was not an audiobook listener. Happily, years of experience as a Broadway singer and doing commercial voice-overs helped prepare her. Since then, she’s narrated more than 150 audiobooks, both commercial titles as well as titles for the Library of Congress’s National Library Service for the Blind and Print Disabled.